The Android Build System are described at https://android.googlesource.com/platform/build/+/master/core/build-system.html

You use build/envsetup.sh to setup a “convenience environment” for working on the Android source code. This should be source’ed into your current shell environment. After doing so you can type ‘help’ for a list of defined functions which are helpful for interacting with the source

The build system uses some pre-set environment variables and a series of ‘make’ files in order to build an Android system and prepare it for deployment to a platform.

Android make files end in the extension ‘.mk’ by convention, with the main make file in any particular source directory being named ‘Android.mk’.

There is only one official file named ‘Makefile’, at the top of the source tree for the whole repository. You set some environment variables, then type ‘make’ to build stuff. You can add some options to the make command line (other targets) to turn on verbose output, or perform different actions.

The directory ‘out/target/product/<platform-name>/obj’ is used for staging “object” files, which are intermediate binary images used for building the final programs. Stuff that actually lands in the file system of the target is stored in the directories root, system, and data, under ‘out/target/product/<platform-name>’. Usually, these are bundled up into image files called system.img, ramdisk.img, and userdata.img.

This matches the separate file system partitions used on most Android devices.

Finally, if the application is being signed in release mode, you must align the .apk with the zipaling tool. Aligning the final .apk decreases memory usage when the applications is running on a device. 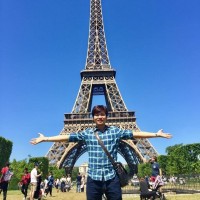 If you think this web-page is useful for your working, will buy me a coffee !!!